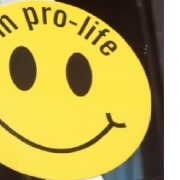 Pro-Life is going to show the movie Unplanned on July 13 and July 15 in the Roxie movie theatre in Barrhead. Doors open at 6.30pm and the movie starts at 7pm. Admission is free. Seats by first come, first serve. Concession will be open.

The Movie ‘Unplanned’ is about one of the youngest Planned Parenthood clinic directors, Abby Johnson whose passion surrounding a woman’s right to choose led her to become a spokesperson for Planned Parenthood, fighting to enact legislation for the cause she so deeply believed in; until the day she saw something that turned her into an anti-abortion activist. Through the eyes of one woman who once believed she was doing good; we see the horror of abortion for what it truly is.